The Pure House Goes to LA!

July 31, 2015, Westport, CT:  This past January The Pure House Creator Doug Mcdonald, while in the throes of erecting his high performance home on Coleytown Road in Westport, flew to Los Angeles to be a guest on Adam Carolla’s popular “Ace on the House” podcast. Carolla, in addition to his show biz persona, is an expert handyman with 12 years of construction under his belt. And just like Doug, Adam was eager to talk about high performance homes and high performance cars and the state of our current building practices and the use of toxic materials that go into every day household products, as well as building materials.

“Adam is a passionate guy when it comes to knowing where we are failing in our modern day building practices, “ says Doug, “He’s wondering, as many of us are, ‘what’s taking everyone so long to catch on to the problem here?’, and now he’s going to illustrate what constructing a high performance home really means.”

Doug is custom designing The Pure House for Adam’s family home right outside of LA. The guys are currently enjoying a bi-coastal relationship as this project develops, and are also enjoying their shared passion for high performance cars. The two also have Westport in common – as Adam has been on a mission (and a trip to Westport), finding and restoring Westportnite Paul Newman’s race cars. Adam owns the largest known collection of Newman race cars in the world. In May, Carolla released Winning: The Racing Life of Paul Newman, a documentary he produced and directed about the actor’s career behind the wheel. Coincidentally, Doug’s newest construction on Coleytown Road overlooks the Newman Poses Nature Preserve.

The project is being filmed; from inception, right up until the last eco-friendly fixture is installed.
“It’s going to be quite a ride, “says Doug, “And Adam is meant to live in (and build) The Pure House.”

And so the bro-mance begins. The Pure House LA begins construction in September. Follow the project on The Pure House Facebook page and Adam’s “Ace on the House” podcast. 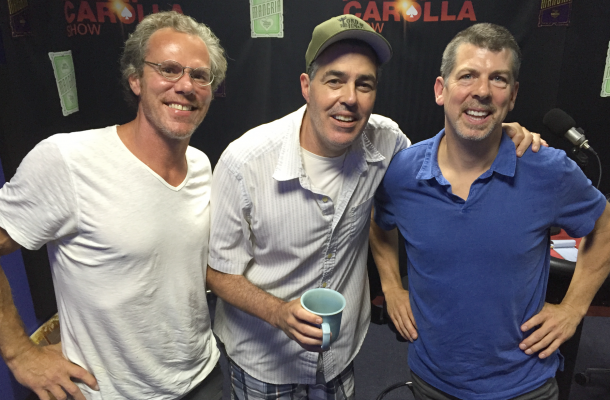