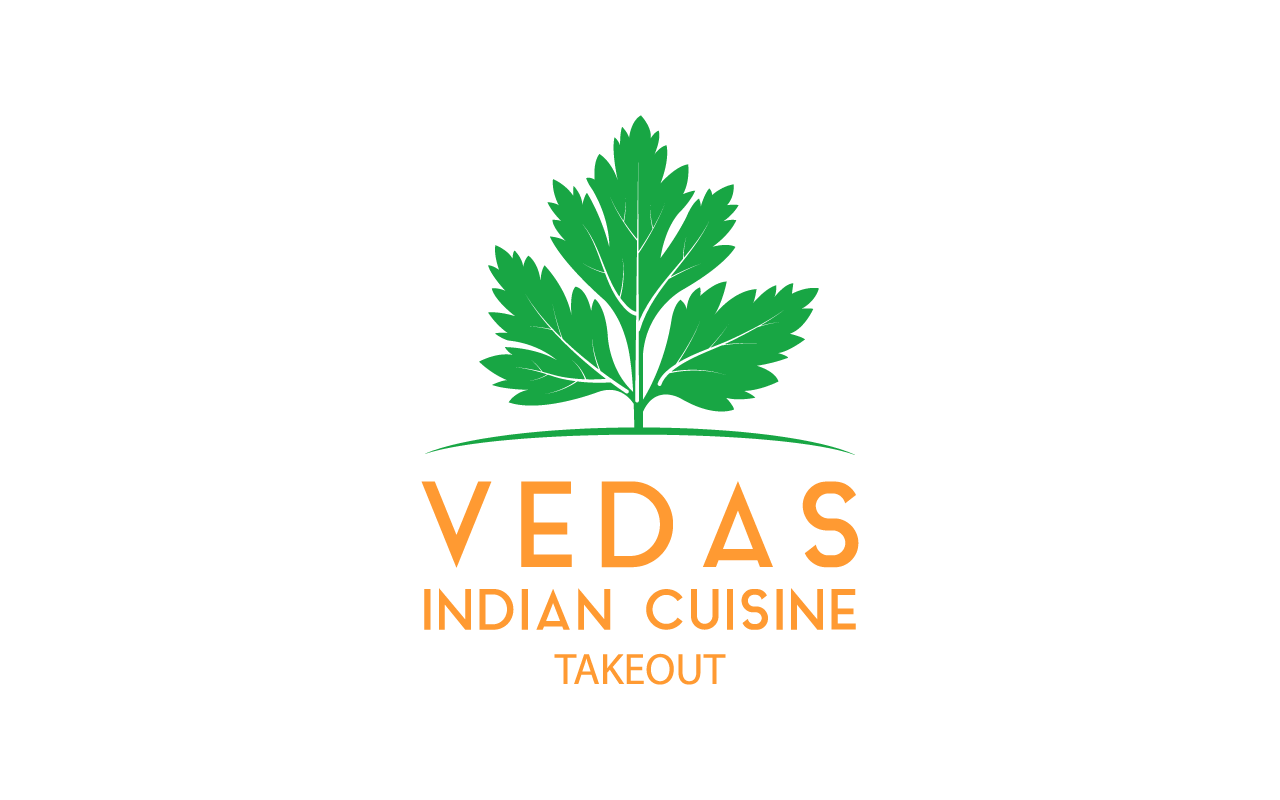 October 8, 2019, Norwalk and Westport, CT: Restaurateurs/husband and wife team of Dipika Behera and Jaiprakash Agarwal (JP), bring a combined 40 years of experience in the hospitality industry to their latest venture, Vedas Indian Cuisine. Recognizing the gain in popularity of Indian cuisine and the upwards trend of take-out and delivery, the talented duo opened Vedas in Norwalk in 2015 and recently opened their second location in Westport, small eateries and kitchens that focus on take-out and delivery service for this bold, flavorful, and healthy cuisine.

Dipika and JP hail from Mumbai, India, and both received their bachelor’s degrees in Hospitality Management. Fans of the local Indian food scene may recall the duo’s first local Indian restaurant ventures, Tawa and Chili Chicken in Stamford, and the Kebab Factory in Norwalk. 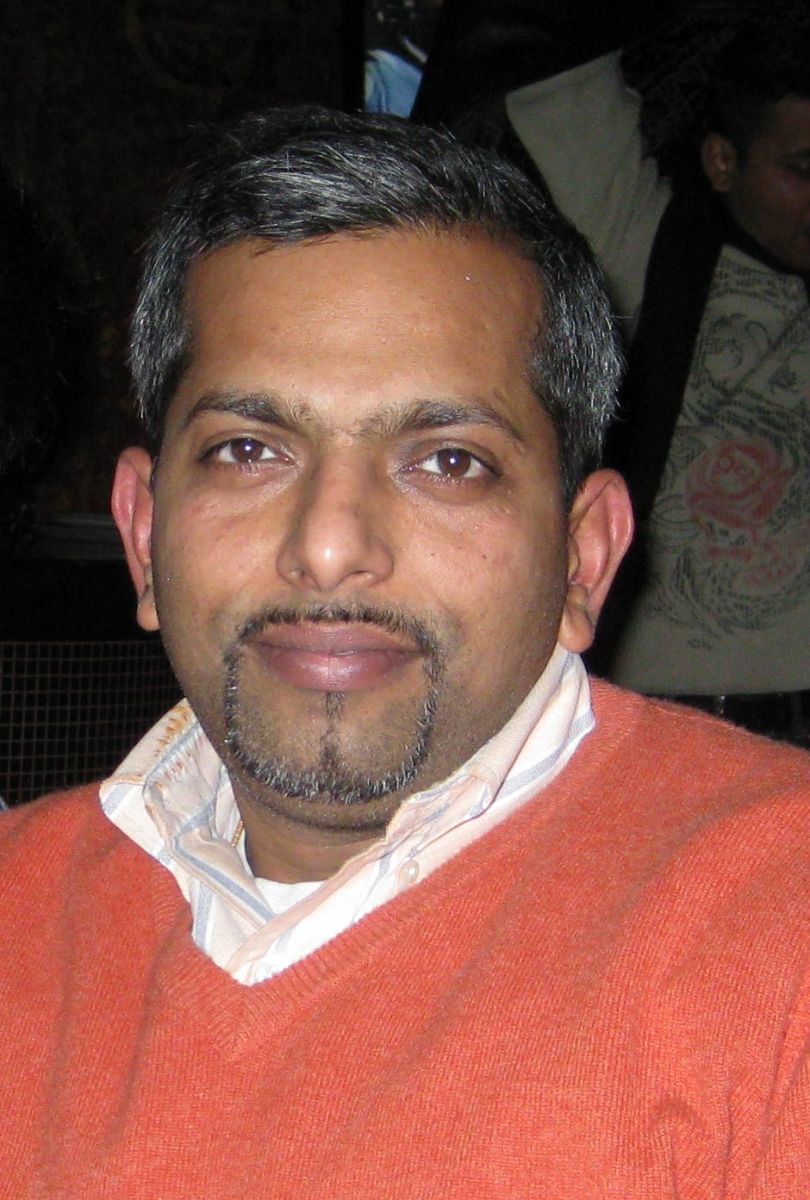 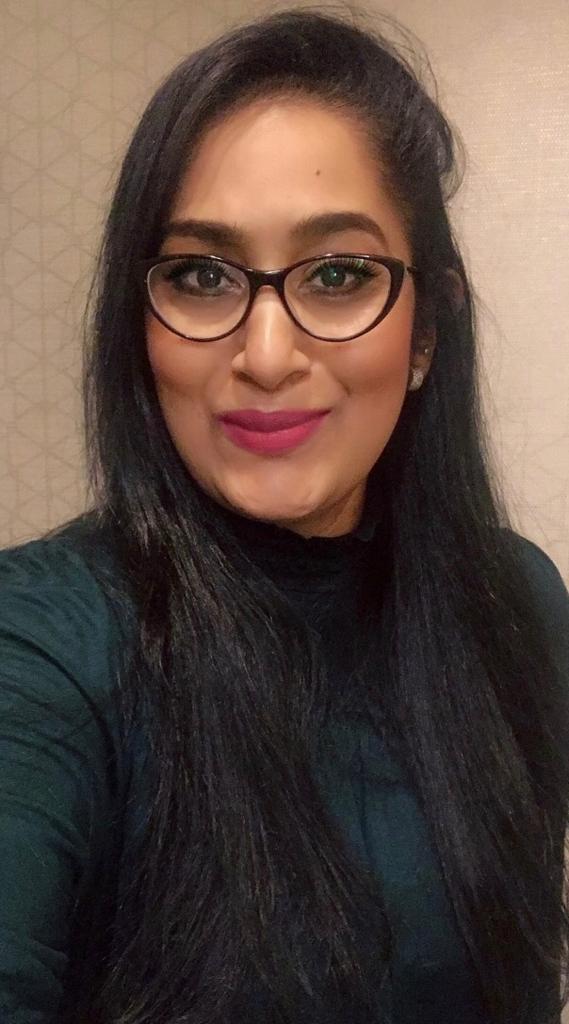 “We are excited to be expanding our take-out and delivery service, reaching neighborhoods throughout Norwalk, Westport, and Fairfield, “says JP, “And while we are not a full-scale restaurant, both of our spaces offer some seating and guests are welcome to eat-in and BYOB.”

Vedas is thrilled to be working with renowned Chef Peter Beck who has been brought in to consult on the menu. Chef Beck was born in New Delhi, India and has excited palates around the globe, with stops in the U.K., Singapore, Hong Kong, and Thailand before settling in the United States. Chef Beck has been responsible for elevating Indian cuisine in New York City, where he was recognized as one of the James Beard Foundation’s “Top Chefs of 2002”. Chef Beck is a culinary innovator whose restaurants in New York have garnered numerous accolades, including New York Times raves and Michelin Stars, while at Tamarind and Benares, solidifying his reputation as one of the foremost Indian chefs in the city. He is known for his ability to showcase an immense array of the subcontinent’s diverse regional cuisine on a single menu, and for his ingenuity with vegetables and seafood. 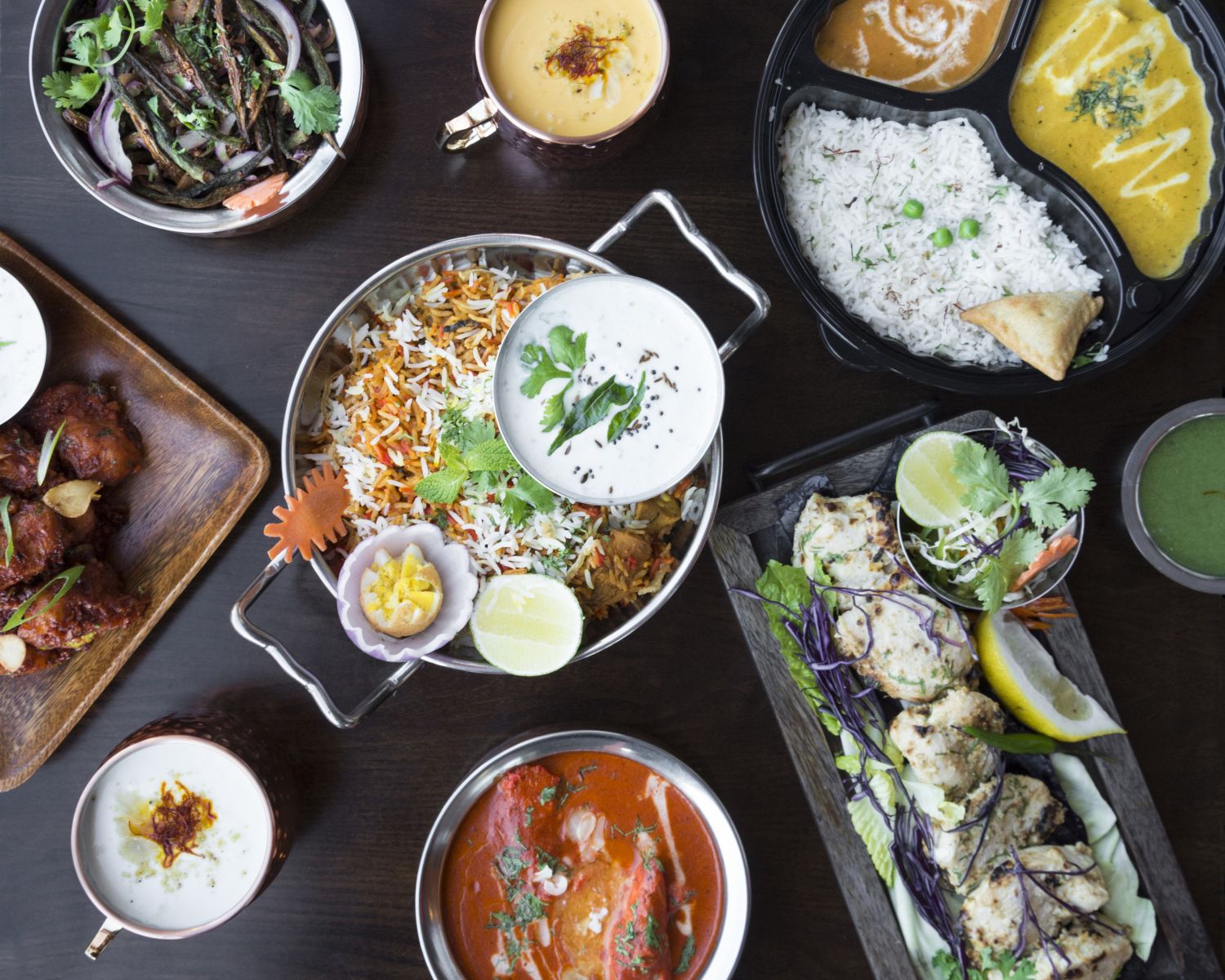 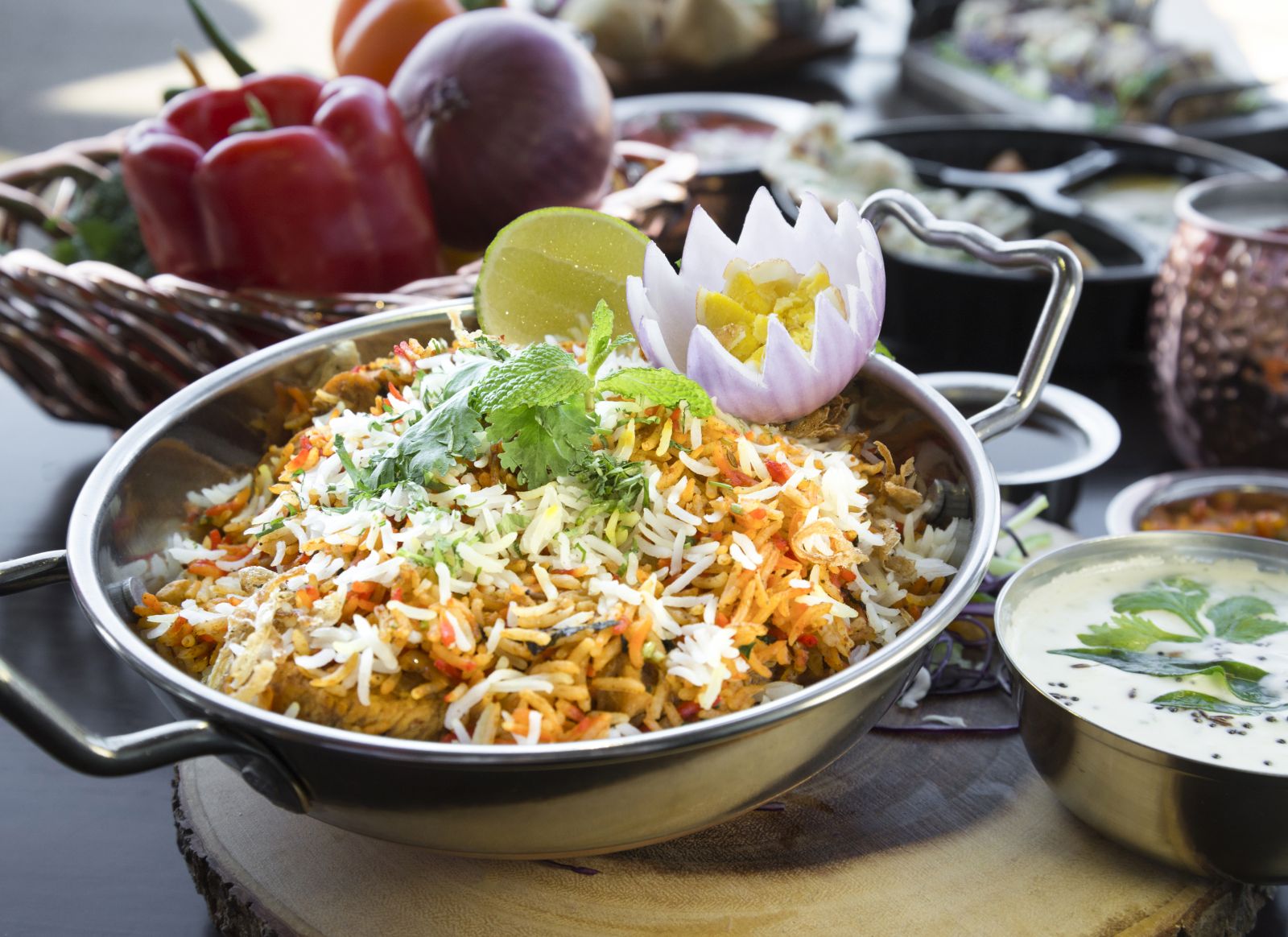 The Vedas menu is a culinary tour throughout India, with added Indo-Chinese influences and a robust selection of vegetarian dishes. Appetizers include such favorites as vegetable and lamb samosas wrapped in light and crispy pastry dough, coconut shrimp with smoky black pepper and chutney mayo, and kalmi kebab chicken wings cooked in a Tandoor with house-blended spices. There’s, of course, chicken tikka masala on the menu, in addition to more traditional chicken preparations, including slow-cooked chicken korma in a cashew cream and saffron sauce, tandoori grilled butter chicken with cashew paste and tomato cream reduction, and an Indo-Chinese Hakka chili chicken cooked in soy sauce. Heating things up are the goat vindaloo, a fiery hot and sour Goan stew with red chilies, and lamb Chettinad, a South Indian spicy dish made of peppercorn and coconut.

Fresh, made to order naan, paratha, and roti bread, as well as classic biryani rice dishes, and tandoori chops and kebabs round out the extensive menu.  Enjoy $9-$11 Lunch Bowl Specials available everyday between 11:30 AM - 2:30 PM. 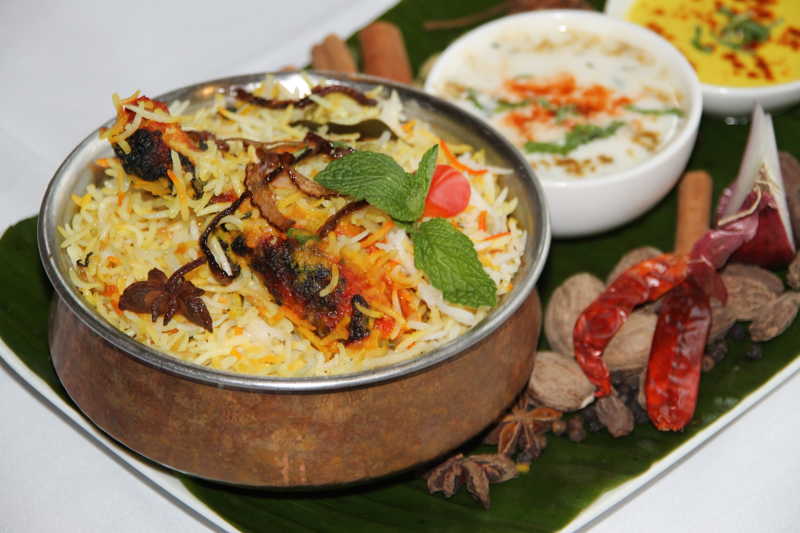