When It Comes to Cocktails, Everything Old Is New Again

A Contemporary Cocktail Culture Fueled by a Stroll Down Memory Lane

It’s a fabulous trend. Fashion has become retro chic, architecture and design combine the old with the new, restaurants are back to basics, and now bigger is better—phone and computer screens that is.

In the start of 2015 the US Census Bureau stated that half the adult population will be 49 and older, and they will control 70 percent of disposable income. In the beverage world Act Two consumers are already leading the way in alcohol sales and they’re not drinking nuclear, multi-layered, hypno liqueur laden concoctions. It’s back to basics, and yes, with a slight twist.

Seriouseats.com, the Web’s popular eat-drink resource, continues to tout the merits of such original cocktails, stating, “Any self-respecting home bartender should have a mental Rolodex (Excel spreadsheet] of classic cocktail recipes committed to memory.”

Chiming in on Serious Eats’ Top 10 All-Time Classic Cocktails is Food & Wine Magazine’s 2014 symbiotic list of libations dating as far back as the mid-1800s. They include:

“The classics are the building blocks we use to shape what we do,” says Naomi Levy, Bar Manager at Boston’s Eastern Standard. “Just as a chef has to learn the classic mother sauces before they go on to create their own, so do bartenders. And once you start doing your research and learning about the classics, a whole world opens up and you find all sorts of hidden gems.”

Levy starts with simple riffs on classics and builds out from there to create cocktails that are still based in the classics but less recognizable as so. A trend of late, and infused into Eastern Standard’s wide-ranging portfolio, leans a bit more towards the culinary side, taking its cues from flavors out of the kitchen and applying them to flavors of the bar.

“Today’s cocktail culture celebrates life, creativity and experimentation, and there’s a wealth of history and recipes to revel in,” says Olie Berlic, an award-winning sommelier/mixologist and the Beverage Director of Paloma restaurant in Stamford, Connecticut.

“I like to keep the recipes and preparations simple, relying on quality ingredients, while having a little fun with spirit and flavor combinations.”

Berlic has created a myriad of tequila based libations in keeping with the flavors and flair found in Paloma’s Mexican inspired cuisine. Tequila, which originated from the Mexican state of Jalisco, is made from the blue agave plant, native to this area. The heart of the plant contains sugars and had been used by native peoples here to make a fermented vitamin rich drink called “pulque.” After the Spanish arrived, they took this fermented beverage and distilled it, producing the tequila varietal of the alcoholic spirit known today. Rich in flavor, tequila has long been enjoyed with a variety of sweet and citrusy components to offset the potent kick it is known for.

“The whole world is drunk and we’re just the cocktail of the moment. Someday soon, the world will wake up, down two aspirin with a glass of tomato juice, and wonder what the hell all the fuss was about.” 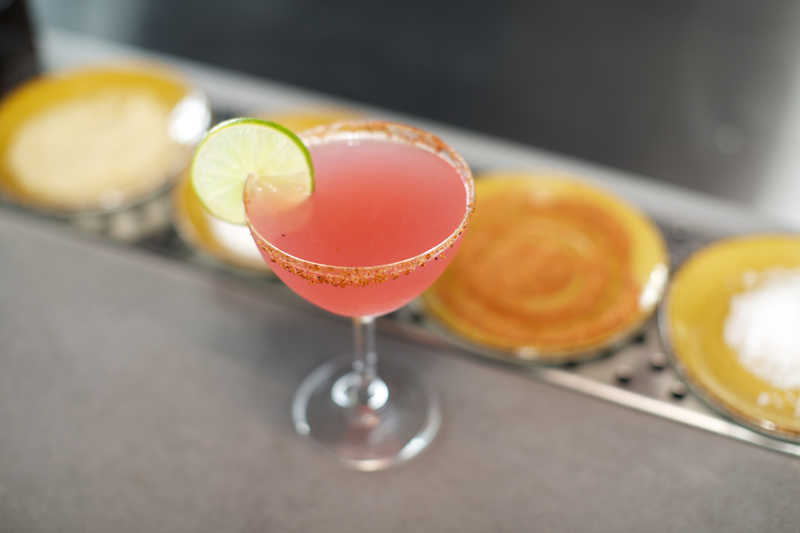